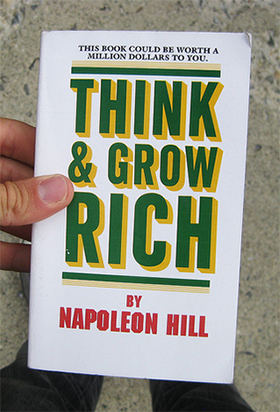 When you hear the term “personal development”, what sorts of images come into mind? Do you picture Tony Robbins standing on stage, whipping his crowd of followers into an excited frenzy by talking about awakening “the giant within”? Or do you think of a woman in yoga class, doing the ancient postures and getting in touch with the flow of the universe?

For most people personal development is a very positive force that they have very positive feelings about. However, there are still some out there who see it as woo-woo, feel good, nonsense that distracts us from addressing the sometimes harsh realities of life.

In today’s post I wanted to take a look at where this exciting thing we call the personal development movement originated, and how it has grown to be such a big part of our modern culture.

What Exactly Is Personal Development?

Personal development (also sometime referred to a “self-help”) is all about improving your life and your experience as a human being on this planet. This can take many different forms for different people.

Some are most interested in activities that will improve there self-awareness and help them to develop an improved sense of identity. Others are more interested in the more material side of things and focus on ways to make more money, manifest wealth, and improve their overall standard of living. And there is also an aspect of personal development that has to do with improving oneís health, longevity, and energy levels through diet and exercise.

This is of course a gross over-generalization, but basically that’s what it comes down to ñ becoming the most effective version of oneself in order to experience greater degrees of radiant health, serenity, peace, happiness, security, joy, love, abundance, high self-esteem and so forth.

There are also a wide variety of activities that people engage in on their path towards personal development. These can include reading books, listening to audio tapes and watch video trainings, as discussed in this post on the Ancient Secrets of Kings. There are also all kinds of different classes, seminars and retreats that one can sign up for, ranging from inexpensive yoga or martial arts classes, all the way up to exclusive retreats with personal development gurus which can cost upwards of several thousand dollars.

Many religions and ancient philosophies can be thought of as having a personal development aspect to them. Through prayer and meditation followers can attempt to become closer to the divine creator and experience a greater sense of peace and meaning in their lives. Also, when we look at eastern religion we can see that many practices such as yoga, acupuncture and meditation can help the practitioner to improve energy levels, mental clarity and health.

One key figure in the progression of the personal development movement was a guy named Wallace Wattles who published a book called “The Science of Getting Rich” back in 1910. The idea was that one can mold oneself into an individual worthy tremendous wealth, simply by tweaking your personal habits and daily thoughts.

Wattles’ book was followed by Napoleon Hill’s “Think And Grow Rich” which was much more widely read (over 20 million copies sold), and is still considered a must read for those interested in using personal development as a vehicle for achieving wealth. The book was based on over 20 years worth of research conducted by Hill. Hill spent time with the richest men in America figuring out how they thought differently than the common man, and how their thinking enabled them to achieve such a high level of financial success.

Since Earl Nightingale there have been dozens of other well known personal development gurus who have enjoyed a wide following. Some of the more famous of these men include Jim Rohn, Brian Tracy, Bob Proctor, and Tony Robbins.

Personal development really exploded onto the mainstream scene in 2006 with the release of the movie The Secret. The film was made up of interviews with many personal development experts who teach all about how attract or “manifest” the things we want in life using the secret “Law Of Attraction”

While the personal development movement/industry continues to evolve the underlying concepts are timeless. In my experience the best thing to do is to read personal development books by a few different authors and try to find a mentor who’s message really resonates with you.